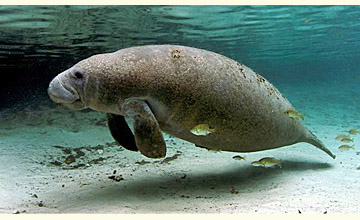 In ancient Greek mythology Proteus was the herdsman of Poseidon’s seals, a god who could change himself into any sort of creature – leopard, tree, snake, water, anything. Today we imagine that Nature, although slower, has a similar capacity: leopards, snakes, rhododendrons, mushrooms, sharks, oysters, mosses, iguanadons, sparrows, bacteria, all sprang from Nature’s limitless capacity to adapt to new environments and conjure up new forms.

Life, we think, began in the sea, which four-footed vertebrates subsequently abandoned because they found things easier on land. But supposedly purposeless Nature purposely seems to discourage such speculation. The closest Nature today comes to making the transition is when mudskipper fish use their forefins to hop or walk across tidal flats. Drawing on air either trapped in their gills or absorbed through their skin, they can survive out of water for days, but they are still fish, and it is doubtful whether they provide any analogy to what is thought to have happened 380 million years ago. The fossil record is also unforthcoming. The clearest examples all go in the other direction: animals that left the land and plunged into the sea, such as ichthyosaurs, turtles, marine snakes, penguins, whales. Manatees and dugongs – collectively known as seacows – are another example.

Christopher Columbus saw manatees on his first voyage to the Americas and, reminded of another mythical creature, supposed they might be mermaids. ‘Not half as beautiful as they are painted’ was his verdict on their grey, snub-nosed bodies. With a nod to Colombus and Odysseus’s encounter with the alluring sirens, seacows are technically known as sirenians, an order comprising, today, just three manatee species and one dugong species. In the past they were more diverse as well as more widespread, and man has contributed to their decline. To differing degrees all sirenians are endangered, because of hunting, destruction of habitat, boating and pollution. Steller’s Sea Cow, a species of dugong that could weigh over 6 tons and reach a length of 9 metres, was hunted to extinction in the 18th century, just decades after it was discovered. A contributing factor was the hunting of sea otters which ate the urchins which ate the kelp on which sea cows fed.

Manatees live in the tropical, shallow, vegetated waters of the Caribbean, the Gulf of Mexico and the Amazon river basin; also, intriguingly, the coast of West Africa. Rarely wandering far from fresh water, they have a pronounced, bristly, upper lip used for grabbing overhanging mangrove leaves and submerged seagrasses, among other plants. While their eyesight is weak, they have excellent hearing and tactile sensitivity, enabling them to navigate in waters that are often murky. They swim by undulating their bodies and flapping their paddle-shaped tails. No one knows when or how the manatees spread to both sides of the Atlantic.

Dugongs live in the more open coastal waters off eastern Africa, western India, Malaysia, Indonesia and northern Australia. They look similar to manatees, but their bodies are smaller, their tails are fluked, like those of whales and dolphins, and their snouts are longer and more down-turned (a specialisation for bottom-feeding). They feed mainly on seagrasses, using their flippers to uproot the whole plant.

Sirenians, like whales and dolphins, are mammals. Being mammals, they suggest a terrestrial origin, since mammalian features such as ears, sweat glands and hair – largely but not entirely lost in sirenians – only make sense in relation to a terrestrial existence. As with most mammals, the auditory system is structurally mature at birth and in consequence disproportionally large in young animals; the outer ear is lost. The hair of manatees (probably also dugongs) has a sensory function: an array of bristles and whiskers on the snout provide tactile information while those on the rest of the body sense variations in water flow and topography. More than 200,000 nerve fibres transmit the data to a part of the brain that is equally specialised. There have been many other adaptations over time. The pelvis has grown smaller and no longer attaches to the backbone. The hindlimbs have gone completely. The flippers are much-modified five-fingered forelimbs – manatees still have fingernails. Their air-breathing also points back to a previously terrestrial existence. Sirenians breathe through nostrils which when under water they keep shut by valves. Their lungs have become thinner and longer so that they lie along the backbone instead of the rib cage, thereby distributing buoyancy over the whole body.

With very few exceptions, mammals all have seven cervical (neck) vertebrae (Galis 1999). Even the long-necked giraffes and marine mammals such as whales have only seven. The exceptions are sloths (which have five to nine) and manatees (six); not dugongs, which evolved on a separate branch. Amphibians, reptiles and birds have a variable number of cervical vertebrae.

All sirenians live in shallow water – they do not have the ability to dive deep. They even sleep under water, drowsily surfacing for air every few minutes.

The rise of seagrasses

The rise of the sirenians is closely associated with that of their principal diet, the sea-grasses. Sea-grass meadows are among the most productive plant communities, serving as nurseries for fish and molluscs and as feeding grounds for predatory fish, sea birds, sirenians and turtles. Despite their name, sea-grasses are not closely related to the terrestrial grasses. Fossils of them are sparse, 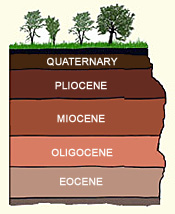 the oldest dating to the Late Cretaceous. Originating from four distinct terrestrial lineages, they are an example of convergent evolution, and provide ‘dramatic evidence of the adaptive capacity of flowering plants to evolve and survive in extreme environments’ (Waycott et al. 2006). Sea-grasses flourished especially during the Late Oligocene and Early Miocene, when plate-tectonics produced vast areas of shallow-water habitat. In the North Pacific kelps also radiated in response to polar cooling about this time (Estes & Steinberg 1988).

The oldest known sirenian is Prorastomus, from Early Eocene Jamaica. Another species, Pezosiren, is a slightly later but better preserved example of the same family, also from Jamaica. The enclosing sediments suggested deposition in a lagoon, estuary or river delta. Pezosiren was quadrupedal, but specialisations such as retracted nostrils and the ballast of heavy ribs suggest it spent most of its time in the water. By the Late Eocene sirenians had little use for hindlimbs and were fully aquatic. In tandem with the increasing opportunities to live by aquatic vegetation, they continued to multiply as the Cenozoic progressed, reaching peak diversity in the Miocene – about the time sea-grasses were at their most extensive and diverse. One of the reasons why sirenians are now in danger of extinction is that sea-grass meadows are in steep decline. 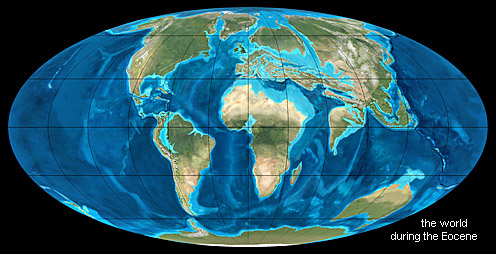 The significance of sirenians

Since sirenians still retain vestiges of their terrestrial ancestry, it would be futile to argue that they were created with the forms they have now. They are a wonderful example of evolution. But the question is: what kind of evolution? Were their present forms the pre-ordained result of genetic programming, or the fortuitous outcome of innumerable mutations? Transformations equally wonderful can occur in a single lifetime, for example when a caterpillar morphs into a butterfly, so we know that programmed evolution is possible. Undirected evolution is an altogether more speculative proposal, if only because it must have occurred over a time stretching far beyond what we could observe.

Here are four reasons for concluding that the evolution was genetically controlled:
Recolonisation

The rise of the seacows is one of the many fascinating chapters that make up the story of Earth’s recolonisation. Terrestrial life at the end of the Hadean had been blotted out. The oceans, newly formed in the Cataclysm, had to be stocked either from life that existed previously in land-locked seas or from animals that survived on the Ark. In the former case, the animals had had always been aquatic. Although their future feats of transformation would be equally extraordinary, their home would remain the sea. In the latter case, the animals were air-breathing walkers and crawlers of the land; if they were to play a part in filling the oceans, they had to adapt, somehow, to another world.

So in the Palaeozoic and Mesozoic a variety of terrestrial reptiles, and in the Cenozoic three groups of mammals, took the sea. At their appointed times the ancestral animals launched forth to exploit the new opportunities. Sea-levels and global temperatures peaked at the beginning of the Eocene. It was about then that cetaceans first ventured into the water, starting from the margins of a Mediterranean Sea that stretched from the Americas to Southeast Asia. At the same time, sirenians began to colonise the sea-grass meadows and mangroves that were spreading through the Caribbean. Temperatures subsequently declined. Some pinnipeds began to wade into the coastal waters around North America, from where they later took on the even more chilling challenges of the Arctic and Antarctic. The oceans were so divided amongst them that they did not have to compete with each other.

The changes were rapid, but they did not happen overnight. They took many thousands of years. The increasing length of time required by the rock and fossil evidence as one approaches the present is part of the story. Radioisotope time was slowing down, so that the true length of time represented by one million radioisotope years in the Eocene was much longer than, say, the same number in the Carboniferous. In reality the Eocene may be less than half way through the total length of time since the Cataclysm. 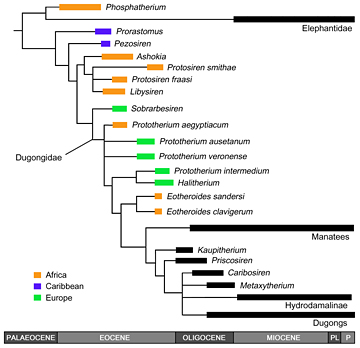 Nonetheless, while large-scale evolution need not be continuous, a considerable amount of pre-sirenian history is implied. Prior to the Eocene, the trail grows cold, as it does for most mammal lineages. Possible reasons why modern mammals exploded on the fossil record in the Palaeocene and Eocene have been discussed in relation to the same phenomenon with modern birds. Both genetic and morpho- logical relationships suggest that seacows are part of a group called Paenungulata, sharing a common ancestor with elephants (Proboscidea) and hyraxes (Hyracoidea). Many of the earliest fossils of these orders are found in Africa, implying that that is where Sirenia originated. Indeed fragmentary remains of Eocene sirenians have been found in Senegal, Tunisia and Egypt. Forbears of Prorastomus and Pezosiren must have crossed the Atlantic to reach the Caribbean therefore before the Eocene. This is slightly problematic, because Pezosiren, the better preserved of the two, was not fully marine. Transport along the north equatorial current which flows westward from Senegal to the Caribbean is a possibility. If the history of the sirenians is like an iceberg, fossils take us below water level some way, but the transformations either side of the split from the proboscids remain invisible.