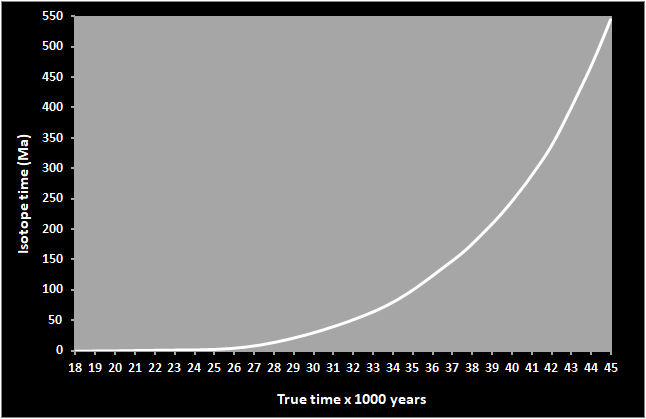 A representation of how geological time as measured on the assumption of constant rates of radioactive decay (vertical axis, where Ma = millions of years) might relate to actual time (horizontal axis). Sedimentation rates provide independent evidence that radioisotope time has been slowing down, hence that radioactive decay has been decreasing. This would mean, for example, that the Cretaceous, conventionally dated to 145-65 million years ago, spanned a much shorter period, here estimated to run from around 36,800 to 33,000 years ago.