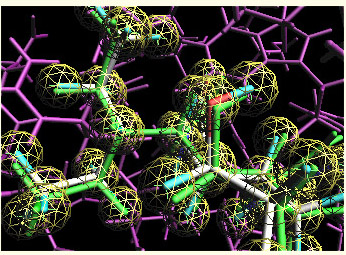 That anything at all exists is a mystery. Reflect on this for a moment. Existence might have been no more than absolute nothingness, surely the most likely situation from an atheistic point of view. Like the lost traveller who is told that he shouldn’t start from here, an atheistic explanation must start from the embarrassing fact that there is something, and assume that there has always been something. Matter being all there is, one must conclude that the universe is the resurrection of a previous universe, and so on, backwards ad infinitum.

The next step up from nothingness is the existence of something. Let us imagine what that something might be. What would least provoke a question as to its origin? It would be the existence of just one thing, and the simplest thing imaginable: a particle, say. If the particle were to be a complex structure (though still indivisible), the structure might reasonably prompt a question concerning its origin (the more complex, the bigger the question); the situation would therefore be less “likely” than the existence of the simplest thing conceivable; and if there existed two or more particles, each identical, one would have to ask whether the chance existence of a duplicate of anything that had seemed unique (however simple) could be considered possible at all, let alone likely.

The next step up from the existence of one very simple thing would be the existence of two very simple things or particles that were fundamentally different from each other. This is a big step up, for while we can accept the chance existence of one thing on the basis that something had to have existed if anything existed, there is no such necessity in relation to two things existing. Furthermore, we have, at this point, to introduce another consideration, which is space. If only one thing existed, we would not have to consider space. If two things exist, they define space in relation to each other, and there arises an infinity of possibilities, ranging from two particles next to each other to two particles separated by an infinite distance. We might then suppose that their existing by chance becomes progressively less plausible the closer they are to each other. But would distance in fact matter? The very existence of space between objects connects them in one universe, a non-chance relation that seems impossible to imagine as always having existed.

The next step up from the chance existence of two fundamentally different particles would be the chance existence of two particles that were distinct but not fundamentally different – particles capable, say, of interacting with each other. Again, this is a big step. Can we conceive of the chance existence of two particles, neither of which owed their existence to the other but that were nonetheless sufficiently similar to be, in some degree, compatible, capable of influencing or combining with each other? Again, one also has to consider the infinity of possibilities that arise from the fact that they could be located at any distance from each other. Among that infinity a situation where the two particles were not only hypothetically capable of interacting but close enough to actually interact would be the least plausible, that is, infinitely implausible. There is also the question of what such interaction would involve. Interaction in the world of physics involves concepts of force and energy and interaction through the exchange of further particles. But as the present exercise requires minimalist thinking, we will imagine simply that the two particles had compatible shapes, so that they could fit together to form a larger entity.

At this point, we will stop. By now it should be clear just how difficult it is to imagine the chance existence even of the universe we know. The “Anthropic Principle” attempts to solve the problem posed by its miraculous appearance (see previous section) by supposing that it might be but one of infinitely many universes. Hence it only seems improbable because we are not aware of all the others, which, presumably, are lifeless and non-miraculous. We now see what a sham the argument is. To postulate entire other universes is only to multiply the improbability, not reduce it.

The universe that actually does exist, leaving aside the hypothetical “cold dark matter” that sustains modern cosmology, is estimated to consist of over 1072 particles, comprising three kinds of elementary particle: quarks, leptons and bosons. (This is the standard theory, which may or may not be correct. Another theory is that matter does not consists of particles but has a wave structure.) Quarks, which come in various ‘flavours’, are the constituents of protons and neutrons. Leptons also come in various flavours, one of which is the electron. Bosons include photons and mediate force through being emitted by one matter particle and absorbed by another. All particles are compatible with each other, so as to make up a world now consisting of ninety naturally occurring elements, from hydrogen to uranium, each with unique properties in the visible macro-world and capable of combining with other elements to produce yet more diversity. It is an astonishing system.

Furthermore, every type of matter particle has an antimatter equivalent, with the same mass and spin but opposite charge. Thus in theory the Big Bang should have given rise to matter and antimatter in equal amounts, the two annihilating each other and leaving only a cloud of dispersing radiation. In reality the universe consists almost entirely of matter. As an explanation of existence the Big Bang is no explanation. The matter/antimatter duality at the most fundamental level of physics seems designed to carry the message that the existence of matter is far from inevitable. Matter owes its existence to an act of will, not chance. It has particular properties, and these are not properties that whatever exists had to have. Gravity, mass, heat, atomic structure, molecular bonding, all requires explanation.

Were man a purely rational being, it would be obvious to him that the universe cannot be eternal, cannot always have existed, cannot explain itself. Not only must it have had a beginning; some agency outside itself must have given it a beginning.