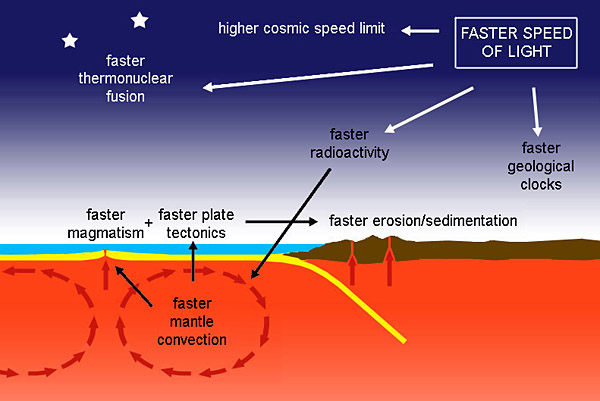 The standard geological timescale obtains its dates by radioisotope dating, but what if the underlying assumption of constant half-lives was invalid? It is certainly possible. The rate at which a radioactive element decays depends on the speed of light, so if the speed was faster in the past, the rate of radioactive decay would also have been faster. The diagram shows just how critical the assumption of constant decay is. With higher ‘c’, radioisotope clocks tick faster, the processes that the clocks measure are faster, and the rates at which stars go through their cycles are faster. The chronology of the entire universe is affected.