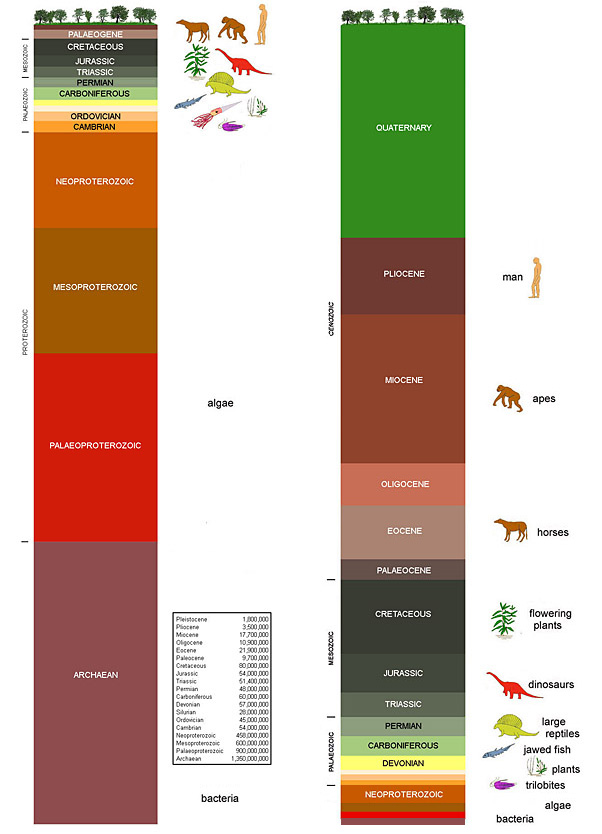 One of the most puzzling aspects of the fossil record is the way evolution appears to accelerate as one approaches the present. As shown in the first column, for the first 4 billion years little happens. Then in the final 250 million years species diversification increase dramatically, as exemplified by the history of the flowering plants, ferns, beetles, teleost fish, birds, reptiles, mammals and amphibians (see also the two diversity graphs in this section). Part of the explanation is that radioisotope dates inflate true time. In the beginning rates of radioactive decay were much higher, decreasing exponentially towards the present day. Re-calibrated, true time might have proportions more like those shown on the right. The shortest time division, the Quaternary, would then be the longest, complex animal life would begin to appear soon after the catalysm at the base of the sequence, and man would appear about two-thirds of the way up rather than near the end.