Here is a summary of what the record actually shows (see time chart for where the Ordovician, Silurian and Devonian periods fit in the sequence): 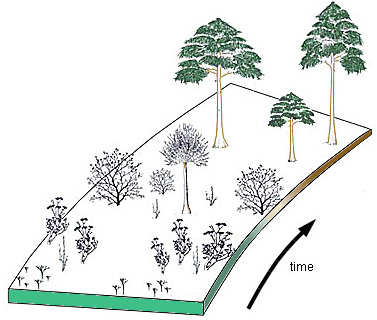