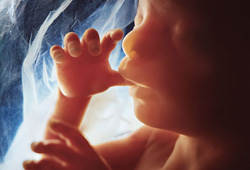 This website is about the origin of the Earth and the organisms that live on it. It’s not an attempt to detail every event or process that led up to the present world but to help the reader understand something of life’s mystery without explaining it away.

There are good websites and bad ones, some well-informed, some misleading, and distinguishing between them is not always easy. So a few words about values and motivation.

In relation to origins, the present contenders in the market place are Darwinism and creationism. These are entrenched, extreme, polemical positions, and many people prefer not to be identified with them. Strong opinions are held because what is being fought over is an explanation of existence, and of life.

But what is life? Consult biology textbooks and you’ll find a variety of definitions. Acknowledging that it is not easy to define, they usually say that life has a number of properties, such as growth, reproduction and energy utilisation. However, life is best understood from the experience of being oneself a living being. We know it intimately even if we do not understand it, because we are beings that think, feel and perceive. Life is in essence spirit, not matter. Its origin must therefore be spirit. Every time a new baby comes into the world, it owes its life to the giver of life.

That perception has implications for how one understands evolution. If, with every individual, life is a gift and comes from above, what passes from parent to child is only half the story. There is no natural selection of souls, and it is a mistake to suppose that life can account for itself, beginning from chemicals in the sea and gradually attaining the amazing diversity we see today. Organisms have changed over time – that is the message of the fossils. Species have proliferated. But it is quite another thing to suppose that their ancestry can be reduced to the properties of self-organising atoms. Even bacteria are miracles of engineering.

Darwinism is objectionable principally because it represents life as something understandable solely in terms of matter. It ignores the author of life and within educational institutions tolerates no contrary view. Regrettably, creationism is little more than a dogmatic reaction against Darwinism: it perpetuates the false association between evolutionary change and common ancestry, and promotes an association, equally false, between creation and the doctrine that the universe is less than 10,000 years old. It consequently misrepresents the fossil and geological evidence to a degree that orthodox science – most of which is not ideologically driven – does not.

No position is taken here on the age of the Earth, except to point out that its claimed age of 4.6 billion years old rests on the assumption that rates of radioactive decay have always been constant. That is a fundamental tenet that science is currently unprepared to question. The primary evidence indicates much shorter timescales. The research that went into developing the new approach benefited from the financial support of Noah’s Ark Zoo Farm, and the zoo continues to pay for the website’s running costs. Located just south of Bristol, UK, it has won awards for ‘green tourism’ and its education offering to schools, and is recognised as a world-leader in the keeping of elephants.

All material on the website was written by Steven Robinson, who, amongst other qualifications, has a PhD in geology. A summary of his intellectual journey may be found here.

The work on Revelation is due to be published by Wipf & Stock in 2022.